... to fly like a bird in the sky - silently gliding across the country
without making any noise and without polluting the environment - just like a bird....

I Have a Dream

I have a dream to fly like a bird in the sky - silently gliding across the country - without making any noise and without polluting the environment - just like a bird....

This you can do in a glider...and I am also a glider pilot for many years now. But of cause you are very dependent on other people as a glider pilot - you need to have a winch or a tow plane to get you up and you cannot go to far away from the airfield (in case the weather is not perfect for gliding).

So you would like to have a motor - to be independent - to be able to get into the air when you want and go where you want !

You want to enjoy the freedom of flight.

But you want to do it silently and not pollute the environment. How can we do this ?

We are not quite there yet, but some major steps have been taken in the right direction. For about two decades different people have been experimenting with electric propulsion for aircraft - new motors have been developed and new battery systems also (greatly helped by the development of electric cars). And now we have the first aircraft in serial production with electric motors !

These aircraft are from Pipistrel. Pipistrel is an aircraft producer in Slovenia that has invested many years and hours in these projects. Together with Universities, other Slovenian companies and with Siemens in Germany it has developed these aircraft. Pipistrel has won several NASA challenges with their prototypes and experimental aircraft and now have the first electric aircraft in serial production.
Pipistrel also contributes to a large extent to a cleaner environment with their zero energy factory - actually producing more energy than the production takes.

So how can we help and sustain this transition to electric aircraft ?

One way is to support Pipistrel and to buy and promote their aircraft. If you buy the electric Alpha trainer or the Taurus G2 glider, you directly support this development, but even if you buy one of the other great aircraft from Pipistrel, that by the way all have record winning low fuel consumption, you support the development towards a cleaner and quieter world.

So we decided to engage and distribute Pipistrel aircraft in Andorra.

And by the way, Pipistrel also happens to make great aircraft that have a very high quality, low maintenance and that are great to fly !

A little more about us

Now that you heard something about our dreams, its time to tell you a little more about us.

Beate and I are living together for almost 10 years now and we are also working together. We have an IT business, that provides Cloud based data integration services for small and medium-sized businesses worldwide. The service is called RapidiOnline and you can learn more about it here.

We are both members of Rotary International and enjoy helping and doing good things for other people through the Rotary organization. We are active members and participants in the local french Rotary Club: Rotary Club Haute Vallée de L'Aude and we are both members of the Flying Rotarians (IFFR) and I'm the president of the French IFFR section. 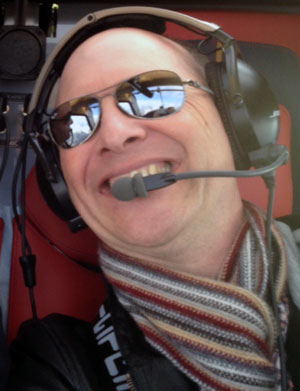 My flying interest started when I was in studying computing and IT in the Technical University of Denmark. I got my gliders license back in 1987 and did gliding in Denmark and also on trips to the French alps at that time.

In 1993 I got my Private Pilot license (PPL) and in 1997 I added twin engine and Instrument ratings to the license. I have been using my Pilot license to get around to our customers in Germany and the Nordics in the late 1990's and early 2000's. Back then flying a Partenavia P68 (twin engine) and also a Gruman American AA5 (single engine). I have around 500 hours of flight time on these aircraft.
Since I moved down to Southern France in 2004, I had less use for the aircraft in combination with customer visits. The distances got to large and it got too expensive in fuel to use the aircraft. We also did most of our meetings via skype and other internet meetings instead of actually traveling to the customers.

I few years ago I took up gliding again - this time in a small gliding club in Puivert on the edge of the Pyrenees. I had to take a new glider license as my Danish license was out of date and also not valid in France anyway. I have been enjoying gliding here in the Pyrenees and also on trips to Australia these past few years. 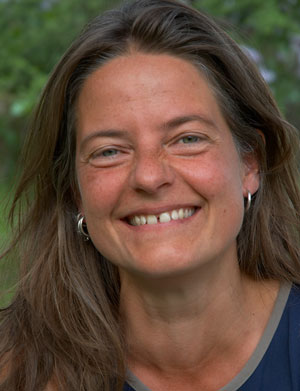 Beate also has a background in the IT world. She holds a master degree in IT and another in Spanish and she works with design, usability and product marketing in our company. Her passion is creating beautiful things on paper and on the web and making sure it looks appealing and at the same time functional and user-friendly. In her spare time she likes taking care of the garden, being active in nature, preparing beautiful and delicious and healthy foods and decoration of the home.

Another passion of both of us is traveling, Beate has already been around the world as a backpacker and we have been on some great trips together around Europe and Australia - you can learn more about our travels on this travel blog.

One of our dreams is to fly around the world in a Panthera electric or maybe more realistic, a Panthera Hybrid aircraft.

In 2013 we moved from France to Ordino in Andorra where we are living now. 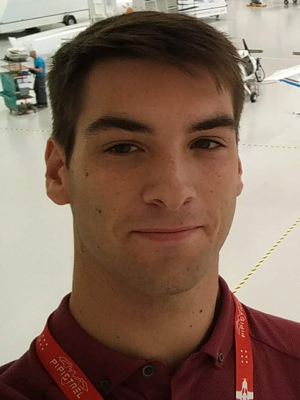 Rory’s interest in flying started at a young age, playing Flight simulator 2000 on his grandfather’s PC. From there on his fascination with aircraft and flight ceased to grow. His actual flying started through model aircraft in his teens by watching videos and tutorials on building and flying model aircraft.

He subsequently joined his high school Aeronautics club and started studying towards the French BIA (Brevet d’initiation en Aeronautique). After passing the exam successfully, he was offered a scholarship to pass his Sailplane licence, and from there the rest is history as they say.

He quickly passed the pilot exams in a ASK13 and started flying most weekends, slowly gaining experience and flying more and different gliders such as Duo discus, DG1000 and ASW28, but also more unusual or uncommon models such as the Bijave, M200 or A10 Fauconnet which is always really good fun.

After a few years the club acquired a magnificent Piper PA18 Super cub for towing and training. He decided to start his PPL on this aircraft and therefore moving into powered flight. Most of his flying hours where done with this Cub or other taildragger aircraft as these are most common living near the mountains.

He went on to complete a DUT at the University of Toulouse studying mechanical engineering in aeronautics and aerospace, of course. He also taught aerodynamics and The principles of flight for students studying for their BIA in the evenings at the university.

Once the course completed he started at Pipistrel Andorra and continues he Gliding and flying in the Pyrenees.

We hope you enjoyed reading about us and we would love to hear from you.